The first book in the DC Ink Teen Titans series, Raven felt like the perfect choice before I picked this book up. She’s long been a favorite character because of her conflicted nature, her inner turmoil, and the enormous amount of power that she has at her disposal. Figuring all or even any of that out is a lot, especially considering her age. How would a new author and a new artist handle one of my favorite DC personas?

When a tragic accident takes the life of seventeen-year-old Raven Roth’s foster mom–and Raven’s memory–she moves to New Orleans to live with her foster mother’s family and finish her senior year of high school.

Starting over isn’t easy. Raven remembers how to solve math equations and make pasta, but she can’t remember her favorite song or who she was before the accident. When strange things start happening–impossible things–Raven starts to think it might be better not to know who she was in her previous life.

But as she grows closer to her foster sister, Max, her new friends, and Tommy Torres, a guy who accepts her for who she is now, Raven has to decide if she’s ready to face what’s buried in the past…and the darkness building inside her.

I was thinking about this for a bit and I think that a good portion of this rating goes toward the art.

Max, Raven’s cousin and, is cool. When Raven/Rachel comes to live with Max and her mom after the car accident, she helps Raven settle in at home & at school, including lending her the cover page headphones to drown out the noise (aka thoughts) around her. There’s more to her character that would be spoilery, but it’s hinted at throughout, mostly in relation to what we see as a part of her mother’s development. That aspect, while interesting, felt glossed over.

The artwork is phenomenal. It was a big reason why I picked up this book in the first place, aside from Raven being the main character. I’ve seen some of Gabriel’s Teen Titans work in the past and getting a full length book featuring one of them was something I was looking forward to a lot. Since this was a lined copy only of the book I can’t speak to what the fully colored version will look like, but his linework was very good and if past experience is anything to go by, the coloring will be excellent.

While reading, I thought that the scenes themselves felt alright in the moment, but taken as a whole they felt disjointed. There were connections that were missing between them that would have made the story really feel cohesive. There was also no time to really sink in with the characters because of this disjointedness. The rushing? It made the book suffer because I wasn’t really able to connect with much, such as who many people were. The side characters were difficult to keep track of so unless they were the small central cast (Raven, Max, Tommy, Viv) it’s unlikely I could tell you for sure who was who by name.

Teen Titans: Raven left off in a weird place. I’m all for cliffhangers, but this was different. It’s like there were panels or a whole page missing or something, that’s how off this as-written ending felt. One moment Max, Raven’s cousin, has made a decision and the next she and Raven are doing something counter to that with no reasoning? No point? It was a big head scratcher.

Gabriel did an amazing job illustrating Raven, Max, and the rest of the cast. I look forward to seeing what the final book will look like, since this was a mostly uncolored advanced reader copy.

I wasn’t really impressed by the writing. I don’t think it flowed well for the format, which was a big disappointment. Raven is one of my favorite DC characters and I’ve enjoyed Gabriel’s artwork for a long time. It was a big deal when I heard he got this job, so this was, story wise, a bit of a let down. 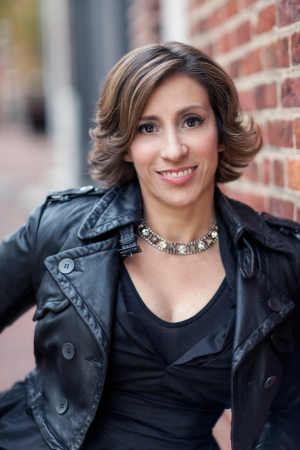 Kami Garcia is the #1 New York Times, USA Today & international bestselling coauthor of the Beautiful Creatures and Dangerous Creatures novels. BEAUTIFUL CREATURES has been published in 50 countries and translated in 39 languages, and the film Beautiful Creaturesreleased in theaters in 2013, from Warner Brothers. Kami’s solo series, The Legion, includes the instant New York Times bestseller UNBREAKABLE, and the sequel UNMARKED, both of which were nominated for Bram Stoker Awards. Her other works include THE X-FILES ORIGINS: AGENT OF CHAOS and the YA contemporary novels THE LOVELY RECKLESS and the forthcoming BROKEN BEAUTIFUL HEARTS (February 2018).

Kami was a teacher for seventeen years before co-authoring her first novel on a dare from seven of her students. If she isn’t busy watching Supernatural, Kami can teach you how to escape from a pair of handcuffs or bake a Coca-Cola cake. She lives in Maryland with her family, and their dogs Spike and Oz (named after characters from Buffy the Vampire Slayer). Visit Kami at www.KamiGarcia.com.

Gabriel Picolo is a Brazilian comic artist and illustrator based in Sao Paulo. His work has become known for its strong storytelling and atmospheric colors. Picolo has developed projects for clients such as Blizzard, BOOM! Studios, Harper Collins, and DeviantART.