Rich in Variety Tours has once again put together a splendid blog tour, this time for Jen Wang’s The Prince and the Dressmaker. A skillfully illustrated graphic novel, it tells the story of Frances, an apprentice seamstress, and her meeting of and interactions with the crown prince, Sebastian. There’s a lot to learn for both of them, both in their ambitions and in their identities, so I hope that you all will come to like this book just as much as I did.

Peppered throughout my review are Valentine’s that embrace the story and utilize the beautiful illustrations you can expect in the novel itself. Please, enjoy!

Paris, at the dawn of the modern age:

Prince Sebastian is looking for a bride―or rather, his parents are looking for one for him. Sebastian is too busy hiding his secret life from everyone. At night he puts on daring dresses and takes Paris by storm as the fabulous Lady Crystallia―the hottest fashion icon in the world capital of fashion!

Sebastian’s secret weapon (and best friend) is the brilliant dressmaker Frances―one of only two people who know the truth: sometimes this boy wears dresses. But Frances dreams of greatness, and being someone’s secret weapon means being a secret. Forever. How long can Frances defer her dreams to protect a friend? Jen Wang weaves an exuberantly romantic tale of identity, young love, art, and family. A fairy tale for any age, The Prince and the Dressmaker will steal your heart.

With a gorgeous art style, author/illustrator Jen Wang draws in the reader to a beautiful fairy tale of love and identity. Colors and her soft edged art style converge to make a book that was visually appealing and satisfactory in a narrative sense.

Prince Sebastian deals with many things in The Prince and the Dressmaker, primarily the expectations of his parents, the king and queen of Belgium, and what those duties mean for his personal identity. He finds himself comfortable and craving dresses, costuming himself in secret with old dresses of his mother’s until he meets Frances, a seamstress with dreams of her own. With her help, he’s able to become Lady Crystallia, a gorgeous fashion icon whose confidence soars in Frances’s creations.

The tug-of-war that exists within Sebastian, his identity versus parental/societal expectations, was very much at the forefront of the story. He explains to Frances that, at times, wearing dresses makes him feel not like Prince Sebastian, but more like a princess. That conversation leads me to believe that Sebastian is genderfluid. The feelings of sadness, joy, and satisfaction were felt painfully well as I read of his trying to figure out his identity, protecting so that he, and by extension those he loves, won’t be harmed, whether by ridicule or something else.

Frances has an equally detailed story line. As it begins, she is a seamstress among many at a small shop until, following the wishes of the wearer of a gown rather than the one paying for it, she crafts a dress that attracts the notice of Sebastian. With him, she is able to create more elaborate and flashy gowns that she was unable to in her previous, more conservative employ. However, she still has much to learn as she establishes what her dream is and what she needs to do to make it happen. Whether that is continuing to help Sebastian and remain a secret herself, or working with the son of a department store creator to create a line for the masses, it’s up to her to decide where her path lies, made somewhat complicated by her growing feelings for Sebastian.

There were several scenes that were particularly fun, a breath of ease among more serious panels. When Frances and Sebastian meet, their vacation together, the fashion show at the department store in particular.

In the end, through a series of sometimes cruel, sometimes sad, but ever after companionable and happy, both the prince and the dressmaker are able to grow more into their true selves. Finding that place, finding out who they can trust, made for a happily ever after. 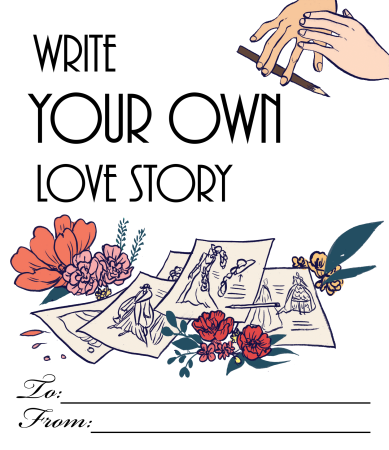 Rachel – Life of a Female Bibliophile

I received a copy of this book as part of the Rich in Variety Blog Tour & from the publisher via NetGalley in exchange for an honest review.