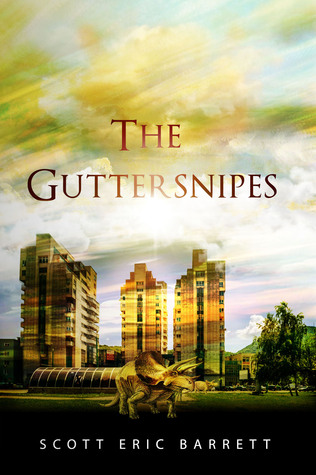 Charlie Daniels is more than six feet tall, allergic to almost everything, and has a pet dinosaur at home. His life in Arizona is relatively normal. That is, apart from the nightmares Charlie has…
But when his dinosaur, Trike, gets kidnapped by a strange old lady and her cat-like sidekick, Charlie and his misfit friend Arty are sucked into a story bigger than both of them. Risking everything to rescue Trike, Charlie and Arty are flung into the past, landing in the chaos of New York City, 1865.
Dodging the mysterious Nasten Cobblestine, and avoiding the perils of New York’s nastiest street cleaners’ strikes, test Charlie’s wits as well as his courage. All he wants to do is reunite with his dinosaur and somehow find a way back home…
As Charlie searches for Trike, he draws dangerously close to P.T. Barnum’s eerie museum and the creature that lies within. Will he find Trike and get home alive? And who is the Ice Lady of his nightmares?

I loved stories of dinosaurs as pets growing up. There were movies like Prehysteria and We’re Back! that had adventure, emotional turmoil, and lessons, all good and bad times that showed that while dinosaurs in our time probably wouldn’t be a great idea, they were fun to imagine.

That’s why I thought that Scott Eric Barrett’s book The Guttersnipes would be a wild ride full of not only the trials of having a pet dwarf triceratops, but also time travel, mystery, and a look at a famous circus.

Let’s start with what I liked about this book.

Lots of good ideas came up in the course of reading it and you could feel the energy that the author had when writing. I think, though, that it’s possible some of that might have gotten away from him because while there was some good, there was also some not so great that made the reading experience less than enjoyable.

The visuals were interesting. The creatures that Barrett introduced, like Jack, Ms. Navideh’s companion/pet, the technology that was found in the house on Hamburger Lane, etc.

As for the not so good…

The friendship, if it could be called that, between Charlie and Arty was weird. I never got the sense that they were really good friends the way that Arty seemed to believe in the beginning, particularly when he referenced their group name, The Guttersnipes. Even when they were about to go back to 1865 and Charlie calls Arty a close friend, it didn’t ring true.

The scenes were quickly dispatched with, eager to move from one place to the next. I feel, with further development, they might have been more engaging. I didn’t get enough time with the characters at school, at Nick’s arcade, at Charlie’s home with Trike.

There were also some difficult sections, some inconsistencies that had me confused and/or questioning what was really going on in the book; things that weren’t resolved/addressed on the page. For example, why Charlie & Arty are a thing in the first place. They aren’t really friends, so what was with the arcade scheme in the opening? Why doesn’t Charlie ever question why Arty knows so much about Ms. Nedivah and Jack?

There are also times when conversations are overheard and things are described, i.e. Ms. Nevidah’s phlegm, that Charlie & Arty couldn’t know because just a moment ago they shut themselves in the bathroom; or names are given as if we’ve been told them when in the context of the narrative we sinply haven’t yet. These careless details were not handled well and thus were irritating.

I also had some trouble with Charlie with regards to his character in two respects. It’s stated multiple timea that he’s highly allergic to a lot of things and his dad gives him a “magic” suntan lotion that lasts a week and allergy pills that cure all? His allergies have nothing to do with this story, being mentioned in the modern day and then never again as far as I could tell. It made his entire time in 1865 odd as he had no allergic reactions, no real concern that he might run out of medicine, etc.

The second respect has to do with him and Arty. This book’s writing and categorization didn’t match up. It wasn’t a simple matter of being written YA and shelved MG or vice versa. It ran deeper. Charlie and Arty are supposed to be 12, but neither felt like that at all. I would’ve pegged them as 16, based on their actions, attitudes, etc. The ideas behind the book could’ve been a great middle grade, but Charlie and Arty didn’t fit into their own tale.

The editing needed some work as well with regards to punctuation, as I noticed multiple instances of speech missing beginning or ending quotation marks and the like. The formatting of the cover was askew as well, though that oddity didn’t affect my rating of the book, rather just struck me as something to be noted on top of it all.

I think the biggest problem The Guttersnipes suffered from, and the one the really sums up the reason it doesn’t succeed as a whole for me, is that it tried to be too much. There were a lot of pote risk threads here that for pulled on, but none were woven into a complete or satisfactory project. Billed as a fantasy middle grade booked on Goodreads, I was sorely disappointed as there was hardly any fantasy here once Charlie went back in time. What fantasy there was felt like a plot device to get him to 1865 NYC and then it was dispensed with.

The ending leaves the way open for Charlie’s continued literary life. Perhaps, with a lot of editing and streamlining and a good, hard look at what kind of story the sequel is meant to be, there’s possibility in the future for The Guttersnipes.

I received a copy of this book from the author in exchange for an honest review.