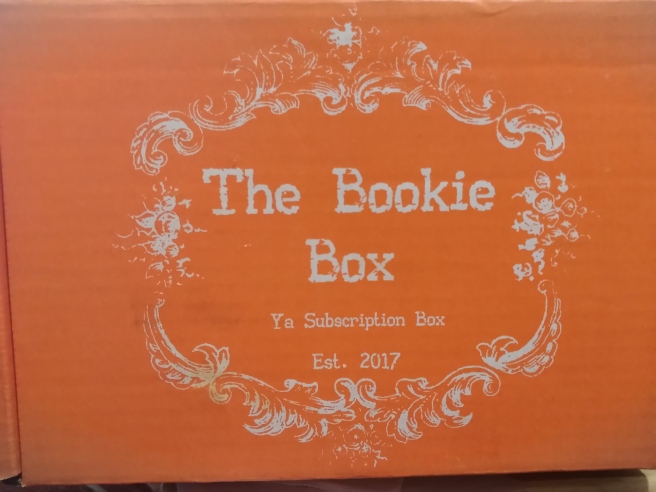 When I heard about a new subscription service starting and the fact that it was having a sale (I forget the % but it was good!), I thought I’d give it a try because a) subscription services are an addiction and b) I only have OwlCrate going at the moment so why not have an extra box?

I received the box today and was very pleased with the contents, all of which I’m going to share with you today! If you don’t want to see the pictures…well, this is a SPOILER post so be aware of that!

The box itself was attractive because it was a bright color and I liked the quote chosen for the outside.

Inside the box everything was wrapped so nicely, like presents. I like the filler (yellow tissue paper) because it cleans up a lot easier than the crinkled paper in some other boxes, plus it contrasted nicely with the outside color.

The first item I removed was a candle from That Bookie Candles. 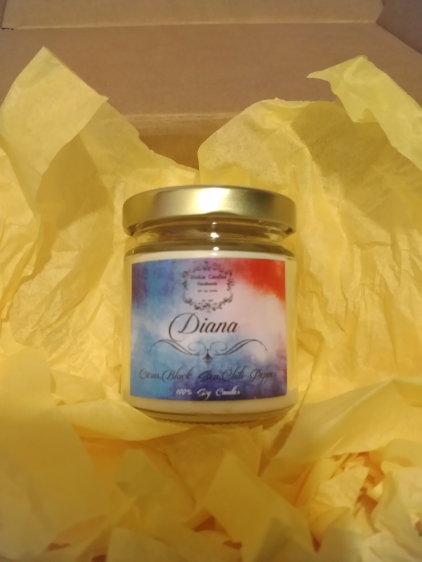 The scent is citrus, chili pepper, and black sea. I think it fits with the book, both in name and scent. The wax is glittery on top, too, so it was pretty. 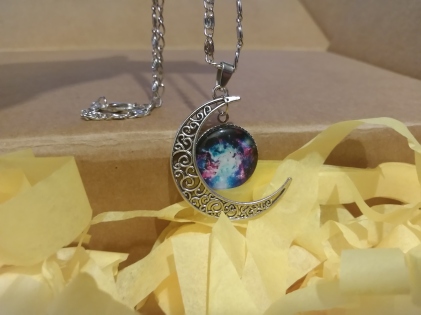 The next item is a lovely crescent moon necklace. This wasn’t on the insert card so I’m not sure what company made it, but it is quite lovely with the filigree on the moon and the chain itself. It’s a little short for me, but I think it’s a standard chain length. I’ll just have to get some extenders or something.

An outer space themed notebook from Mustard was next. This isn’t my favorite item only because the pages aren’t lined, but it is good for a pocket notebook and quick notes.

I loved the Wonder Woman movie and more merchandise with Diana’s person on it can’t hurt! This bookmark is also laminated so it’ll last longer, which is great because most bookmarks I get in boxes are not protected like this. This exclusive bookmark is from The Bookie Bookmarks. 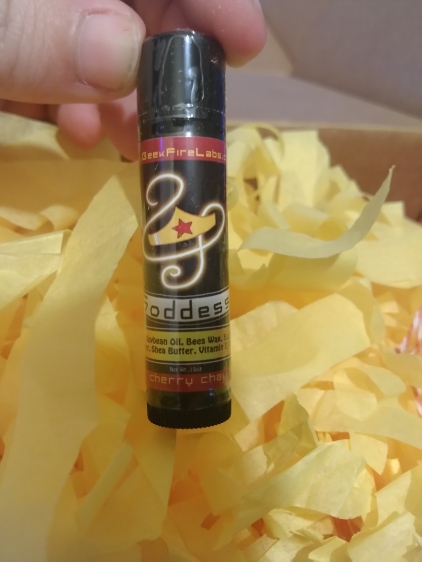 A Goddess lip balm, exclusively from Geek Fire Labs, had an interesting flavor to it that I wouldn’t have thought to pair together: cherry and chai. I don’t think they came out strongly, but the mellow feel is good.

StudiofactotumUK has a sticker in the box that looks like the full moon. The card says it’s perfect for a laptop sticker, so I may end up using it as that because I usually don’t do much with stickers.

A print from Artstoy. The illustration was nice, not too sure about the yellow on white text/background, but the print is laminated like the bookmark, so its lasting quality might make up for that. 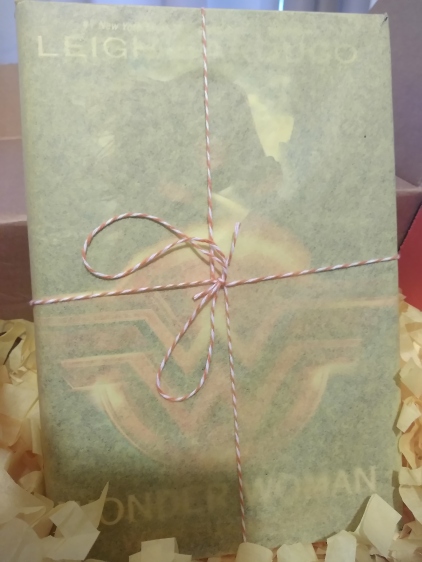 Next came the best part of the box: the book! It was wrapped really nicely. Getting to unwrap it like a birthday present was fun, even though I could see right through the paper. *lol* 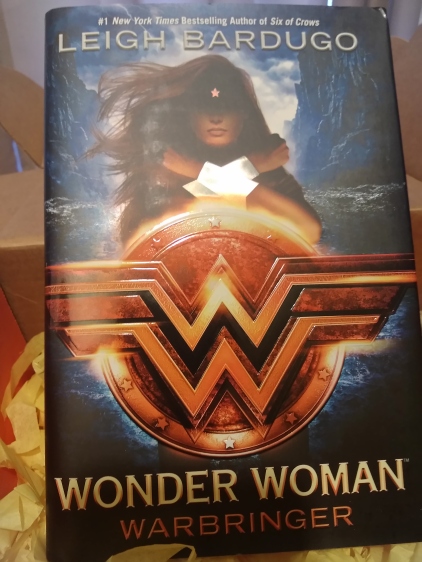 How fortuitous that I got this box today on the book birthday of Wonder Woman: Warbringer by Leigh Bardugo. I’d actually preordered this so I got two copies today. Haha, the coincidence of it all. 🙂 The DC Icons series looks to be a lot of fun coming in the next year (couple of years?). Wonder Woman wouldn’t have been my first choice to get because I prefer Catwoman as a character, but after having seen the movie and knowing Leigh is writing this book, I feel good about having this on my shelf. 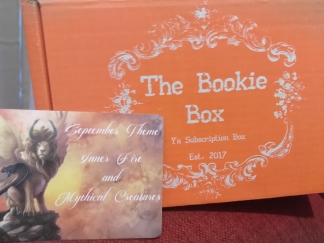 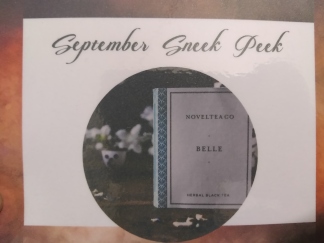 Outer Space and Badass Women was a good theme, though I’m not sure it was accurate to the items in the box. All of the items were either Outer Space themed or specifically Wonder Woman, so not really badass women. The variety of the items is what I’d expect in a YA book subscription box, though I liked the flavor/scent of the candle and lip balm which were ones I did not already have.

As to the value: I got a significant discount because I was a first time subscriber so I paid about $15 less than the usual price. I can’t really say I’d pay the full price for it because the items in it were fine, but not really something I’d pay more for as compared to other boxes I’ve gotten in the same or slightly higher price range. If you can get a discount code, by all means give this a try. If you’ve got a couple extra bucks, maybe the full price ($39 and change with shipping for me in the US) won’t be a deterrent.