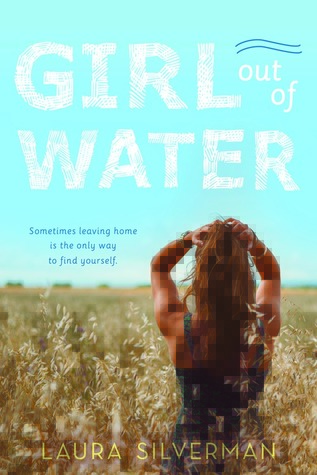 Anise Sawyer plans to spend every minute of summer with her friends: surfing, chowing down on fish tacos drizzled with wasabi balsamic vinegar, and throwing bonfires that blaze until dawn. But when a serious car wreck leaves her aunt, a single mother of three, with two broken legs, it forces Anise to say goodbye for the first time to Santa Cruz, the waves, her friends, and even a kindling romance, and fly with her dad to Nebraska for the entire summer. Living in Nebraska isn’t easy. Anise spends her days caring for her three younger cousins in the childhood home of her runaway mom, a wild figure who’s been flickering in and out of her life since birth, appearing for weeks at a time and then disappearing again for months, or even years, without a word.

Complicating matters is Lincoln, a one-armed, charismatic skater who pushes Anise to trade her surfboard for a skateboard. As Anise draws closer to Lincoln and takes on the full burden and joy of her cousins, she loses touch with her friends back home – leading her to one terrifying question: will she turn out just like her mom and spend her life leaving behind the ones she loves?

I was sad for Anise because her whole summer was planned out. She was a good student, ready to enjoy her vacation before a jam-packed senior year and before her recently graduated friends leave for college. When an accident puts her aunt on the sidelines and unable to care for her three children for weeks at a time, Anise and her father fly to Nebraska, leaving behind any plans Anise had, including her end-of-the-summer surfing bash.

Her aunt is the closest family member Anise has besides her father, considering her mother abandons her family for months or years at a time. Even though this is her mother’s sister, Anise is loyal to her aunt and helps out, watching her cousins as best she can while dealing with her own hard feelings about missing her friends and with the fact that she’s as far from home as she’s ever been. Nebraska is vastly different from Santa Cruz, California. A landlocked state full of hills and farmland, there’s no ocean in sight, but there is skateboarding…and  Lincoln, the boy who could make things better.

I loved reading this book, aside from the initial sadness of Anise being taken away from her planned summer and her home due to her aunt’s injury. While we don’t get to spend as much time with surfing as Anise would like, you could feel her love for it in the brief glimpses we got and once skateboarding was introduced. I’ve never done either sport, but I’ve watched them and they’re beautiful, in a way. There’s a danger element (drowning/breaking bones on cement), of course, but the adrenaline, the speed, the lines as the sportsperson flies along the water or ground, there’s magic in that.

It wasn’t just the main characters Anise and Lincoln that made this book fun, though. While like the surfing we don’t get to see or hear as much of her as I’d like, Anise’s friend Tess was a joy for the brief time I knew her on the page. She was evidently someone that loved Anise and was crushed that she wouldn’t be around to share things with over a crucial summer.

Laura Silverman’s debut novel gives me a good feeling that her future work will be just as good. Her writing style in this contemporary novel was suitable to the genre and was really easy to sink into and read almost straight through. Sometimes a contemporary novel can be difficult because real life is not always something I want to read about; usually I read to get away from that kind of thing. Whether her next book is a contemporary, fantasy, non-fiction, or otherwise, I’m sure I’ll be picking up the next Silverman work, no question.