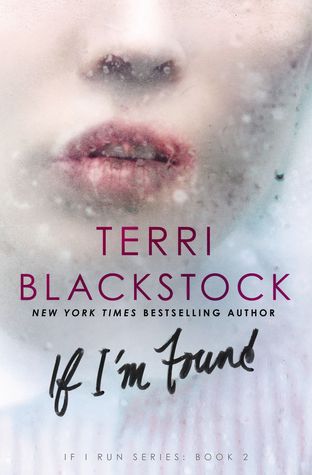 Is Dylan hunting Casey to prosecute her or protect her?

Casey Cox is still on the run, fleeing prosecution for a murder she didn’t commit. Dylan Roberts—her most relentless pursuer—is still on her trail, but his secret emails insist that he knows the truth and wants to help her. He’s let her escape before when he had her in his grasp, but trust doesn’t come easily.

As Casey works to collect evidence about the real murderers, she stumbles on another unbearable injustice: an abused child and a suicidal man who’s also been falsely accused. Casey risks her own safety to right this wrong and protect the little girl from her tormenters. But doing so is risky and just may result in her capture—and if she’s captured, she has no doubt she’ll be murdered before she ever steps foot in a jail.

In this riveting sequel to the USA Today bestseller If I Run, evil lurks, drawing Casey out of the shadows . . . but there is light shining in the darkness. Is Dylan a provision from the God who loves her, or another heartache yet to happen?

Today concludes my two part review event for the If I Run series. It’s like waiting a week between a cliffhanger t.v. show, but luckily you only had a day between reviews! I consider myself lucky to have had both books standing by because when I finished the first, I was left thinking about Casey and what she was going to do next. If you remember from my review yesterday, If I Run left off on a cliffhanger with one dilemma from that novel resolved while Casey’s overreaching problem was far from over. Private investigator Dylan is still on her trail, though his belief in her guilt is much less than others involved in the case. What lies in store for these characters in If I’m Found? I had to find out!

Casey is still on the run in this book and I couldn’t help but feel both very sorry and very tired for her. This kind of life doesn’t suck out just your energy, but your will. Somehow, she remains a strong character, contrary to what I would have expected after her personal problems and those that she encountered in If I Run.

That sense of justice that she displayed is evident again in this book as she encounters more unfortunates whom she cannot ignore: an abused child and a suicidal man falsely accused. Some of this rang true with her inner moral compass and, unable to let injustice lie once again, we are thrust into her mission to stop these wrongs.

Dylan is still on her trail, though now he’s trying to convince her that he doesn’t fully believe that she killed Brent and wants to help her. He was steadfast and strong in this book, much the same as the first book. I don’t think I saw as much growth as I thought I would going from one book to the next in Dylan’s character, but at the very least he did not get worse or become an annoying point of view that I was aching to get through. That’s one of the potential pitfalls of a multiple perspective novel; the author managed to avoid that here, thankfully.

The writing felt as fast paced as the previous novel, so points for consistency, but it felt like there was even more action packed into this book. I think it started bordering on a little too much going on to keep track of and I did feel a bit frustrated toward the end when I realized that everything wouldn’t be resolved. This is, in fact, going to be at least a trilogy from what I’ve since discovered. I really want to find out what happens to Casey, but I’m sad for her because she’s been on the run for so long. How much longer can she keep going? Hopefully her stopping, and not in a final she-stops-running-because-she’s-dead way, will be revealed in 2018.

I received a copy of this book from the publisher in exchange for an honest review.