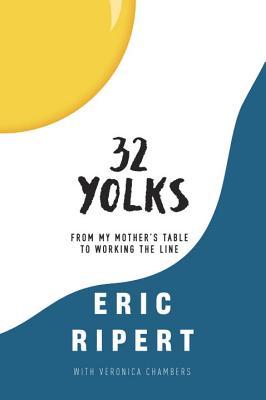 NEW YORK TIMES BESTSELLER • Hailed by Anthony Bourdain as “heartbreaking, horrifying, poignant, and inspiring,” 32 Yolks is the brave and affecting coming-of-age story about the making of a French chef, from the culinary icon behind the renowned New York City restaurant Le Bernardin.

NAMED ONE OF THE BEST BOOKS OF THE YEAR BY NPR

In an industry where celebrity chefs are known as much for their salty talk and quick tempers as their food, Eric Ripert stands out. The winner of four James Beard Awards, co-owner and chef of a world-renowned restaurant, and recipient of countless Michelin stars, Ripert embodies elegance and culinary perfection. But before the accolades, before he even knew how to make a proper hollandaise sauce, Eric Ripert was a lonely young boy in the south of France whose life was falling apart.

Ripert’s parents divorced when he was six, separating him from the father he idolized and replacing him with a cold, bullying stepfather who insisted that Ripert be sent away to boarding school. A few years later, Ripert’s father died on a hiking trip. Through these tough times, the one thing that gave Ripert comfort was food. Told that boys had no place in the kitchen, Ripert would instead watch from the doorway as his mother rolled couscous by hand or his grandmother pressed out the buttery dough for the treat he loved above all others, tarte aux pommes. When an eccentric local chef took him under his wing, an eleven-year-old Ripert realized that food was more than just an escape: It was his calling. That passion would carry him through the drudgery of culinary school and into the high-pressure world of Paris’s most elite restaurants, where Ripert discovered that learning to cook was the easy part—surviving the line was the battle.

Taking us from Eric Ripert’s childhood in the south of France and the mountains of Andorra into the demanding kitchens of such legendary Parisian chefs as Joël Robuchon and Dominique Bouchet, until, at the age of twenty-four, Ripert made his way to the United States, 32 Yolks is the tender and richly told story of how one of our greatest living chefs found himself—and his home—in the kitchen.

Having long been fascinated with food and the culinary world, even though I myself am no more a part of it than a consumer, when I saw the opportunity to listen to an insider’s personal story, I was intrigued. For the past several years, chefs have been gaining more of a celebrity status and some even have something approaching a cult status among their fans. Being up on a pedestal like that is all well and good, but to be reminded that they are indeed human like the rest of us.

Eric Ripert’s story was something of a journey that had sadness in the past that shows he did not have things handed to him. He struggled and surmounted many challenges, such as a stepfather that was rather detestable and losing his own father at a young age. Food was his solace and the descriptions of the dishes he watched his family prepare and was able to take part in sounded like heaven.

The narrator, Peter Ganim, was cast very well to bring Eric’s story to the auditory “page”. It’s the most important thing to take into consideration when producing an audiobook: how good is your narrator? If you have the wrong one, there is no chance that the story will be successful, no matter what happened in the physical book. The two experiences become separate things entirely. I have been burned in the past and was pleased that this was a good experience for a change.

While I was listening to the story of this chef and learning about what it took for him to become the man that starts his own restaurant in America, I looked it up (Le Bernardin in New York City) and was amazed. This place is the epitome of elegance and, while probably not a place I’ll be able to afford in the near future, it certainly has earned as spot on my bucket list of places to visit. 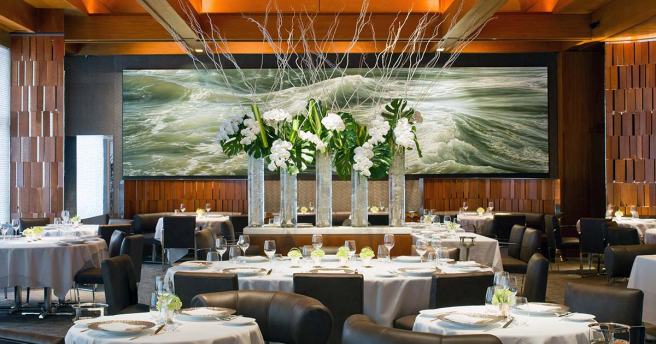 It has the largest, finest seafood menu I’ve seen, ranging from caviar to snapper, tuna to geoduck, and onward. There’s also quite a few delicious meat dishes, such as rack of lamb, squab, and filet mignon. *

*All of these dishes were available at the time I checked the dining room’s dinner menu 2/23/2017.

To sum up, this book takes a look at the life of a chef that is far from perfect. He isn’t a perfect idol that one might think upon looking at some of the divine creations he can prepare. He’s a flesh and blood human that pulled himself through some rather tough times, including a somewhat abusive step parent, and the kitchens of other chefs, learning what he could. He absorbed this world and turned it into his own creation, earning accolades that mark him as a chef and someone to watch as his quality continues. Will he continue on this rise? Time will tell and I can only hope that someday we will hear more about his time in America, perhaps more in-depth material about La Bernardin.

I received a copy of this book from Blogging for Books for this review.